For many years there has been growing anticipation about what developments might occur in the 120 acres which is north of the new Johnston High School and bounded by NW 70th Ave. The picture is getting more clear as representatives of the Bright Family Foundation have petitioned the City of Johnston to rezone the property from A-R, Agriculture Reserve Zoning District to a combination of commercial and residential uses.

At a previous meeting the Council had approved a development agreement, which specified that no more that 200 lots for single family detached homes would be developed. The Council wished to ensure that the development would provide for an appropriate level of housing density. 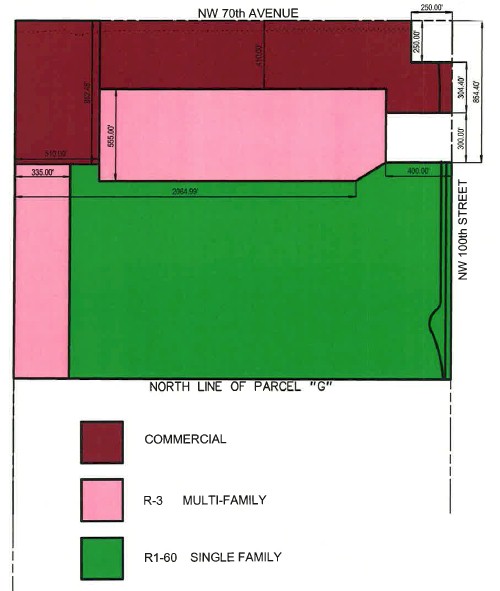 Adopted in December 2010, the current Johnston 2030 Comprehensive Plan serves as a road map for future development opportunities in the community. In recent years the comprehensive plan for this specific area has been amended incrementally to incorporate plans for residential developments and commercial buildings, as well as the the Johnston High School campus. The City is now preparing to engage in a larger-scale review of the comprehensive plan in the coming months. For more information about the next steps for the Johnston Comprehensive Plan, see our previous post on the topic.