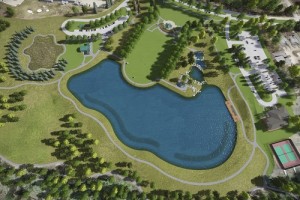 At their meeting on June 15, 2015 the Johnston City Council rejected all bids for Phase 2 of the Terra Lake project. Bids for phase 2 of the project were received on June 3, 2015 at 2:00 p.m. It was discovered that the lowest bid received was 69% above the engineer’s estimate. Currently, potential contractors are extremely busy and availability to complete the project is limited. Construction was expected to begin July 1 and finish by December of 2015. City officials are unsure how long it will be until the project is completed.

Phase two of the project was to include the construction of a civic shelter and plaza, a trail connection and a fishing pier. Plans to reconstruct the Crown Point Community Center Parking lot were also a part of phase two. The City will consider what items can be moved to a later construction date. The City hopes to open bids for the project again in August or September.