In the past month the City has continued work on several community amenity projects, including the Trestle Bridge replacement, the Pioneer Parkway Trail and a new water trail access point at Lew Clarkson Park. Here is a brief update on each.

Design plans have been refined, and Polk County is getting closer to seeking bids. Generally, it is expected that the bridge will be wider (12 feet) than the previous bridge and have a concrete deck that will be constructed one foot higher than the former bridge deck. The bridge components would be fabricated over the winter with construction in 2020. It is expected that construction will take up to 18 months. Plan to follow the detours throughout the next year.

The estimated cost for the project is about $2 million including some aesthetic enhancements requested by the City of Johnston. The enhancements include entry-way features at each end of the bridge, a pedestrian viewing point at the center of the bridge, and bridge lighting. The bridge would be constructed with one pier in the middle of the creek and two additional piers on each side of the creek.

The estimated cost of the enhancements is as follows.

At their meeting on November 18, 2019, the Johnston City Council adopted a resolution committing the necessary funds for these improvements to the Trestle Bridge. However, the exact source of funding has not yet been identified. This will be decided as a part of the current FY 2021 budget planning process.

Plans for the location and design of the new trail on the west and south sides of Pioneer Parkway have been prepared for the City of Johnston by JEDCO member Foth Infrastructure & Environment. The design plans specify the location of the new trail and identify the trees that will be preserved or removed. Work on the new trail is schedule for the 2020 construction season, and recent estimates show that the cost would be approximately $1.2 million. (This will really be happening!) Another trail project currently scheduled for the 2020 construction season is a new trail on the east side of 86th Street between NW 54th Avenue and NW 62nd Avenue, designed by JEDCO member HR Green.  A recent cost estimate for this project is $1.7 million. 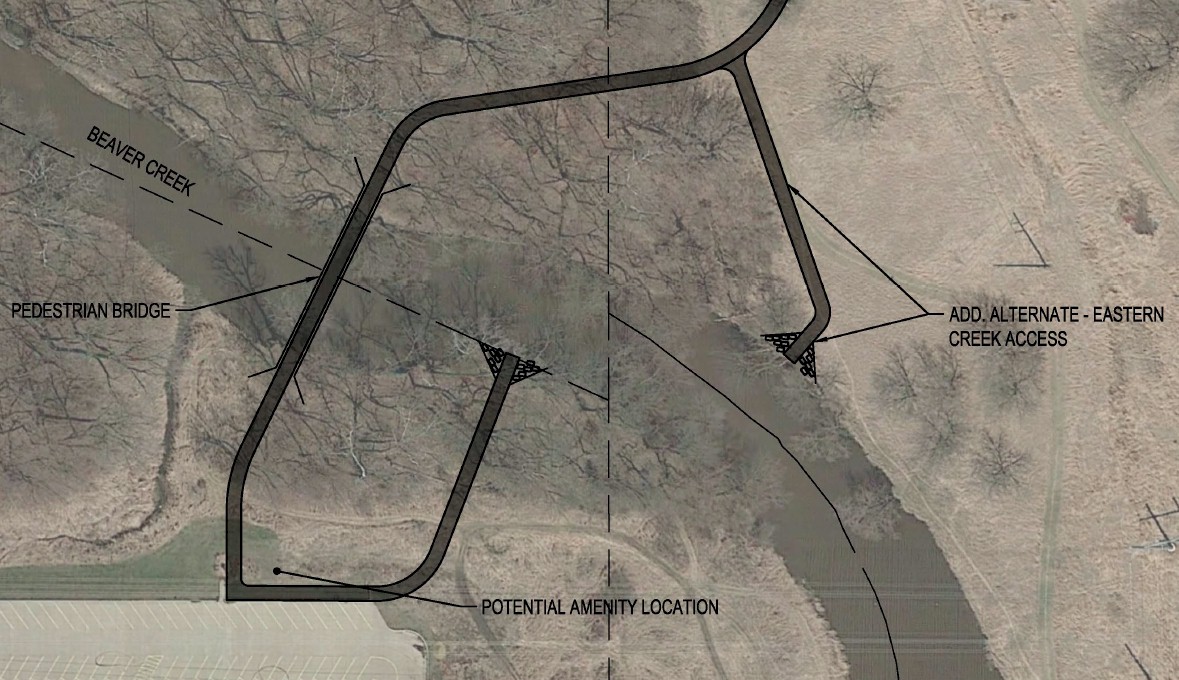 A Beaver Creek water trail access point was opened earlier this year, creating a new recreational opportunity for Johnston and the Greater Des Moines region. Since the launch area opened, people have been wondering,  “Once you launch from the 70th Avenue access point, where can you get out?” The answer is Lew Clarkson Park. More specifically, the east parking lot adjacent to the softball fields. The lot is just a few yards away from Beaver Creek. Plans also call for a bridge spanning across Beaver Creek leading to a connecting trail with Terra Park. Work on this new feature may also begin in 2020.