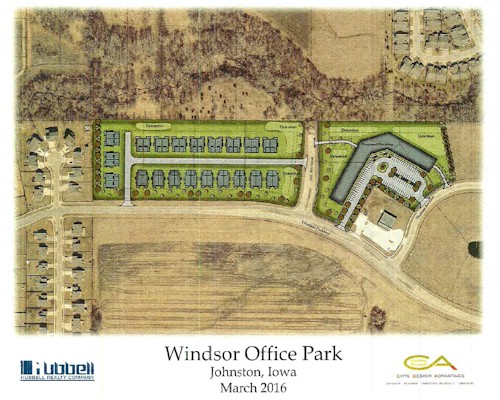 Hubbell Realty has presented a new plan for developing a multi family housing project for the northwest portion of the Windsor PUD area. The proposed changes would provide for lower density multi-family housing in the area adjacent to single family homes on Windsor Parkway and NW 92nd Court. Higher density multi-family housing would be located to the east between NW 90 Street and Thomas Ave. (See the companion illustration which depicts the proposed transition of the housing density.)

The new plan appears to address some of the concerns raised about previous housing plans proposed for the area. The housing adjacent to the single family homes on NW 92nd Court would have a lower density, and the housing would not be apartments. Lower density, owner occupied units on the western portion of the development would seem to be a better fit for the neighborhood.

Commercial development in the western portion of Windsor Office Park have not materialized in more than a decade, and the consideration of other alternatives compatible with the area seem to be appropriate. The proposal is in the early stages, and meetings with adjacent property owners are being planned. Additionally, Council action to amend the PUD and the Comprehensive Land Use plan will require several steps. More information will be posted here when it becomes available.