The City of Johnston and Ignit Sports and Fitness are actively considering a collaboration to bring one part of the Merle Hay Road Gateway vision to fruition. As currently described, a 30 acre site west of Merle Hay Road and just to the south and west of Lithia Motors would be developed for a 189,000 sq. ft. recreation facility, and outdoor field space for soccer, football, baseball, cricket, volleyball and other activities. Users of the Beaver Creek trail which passes under Merle Hay Road will be very familiar with the open space that would be developed for this project. Construction costs are estimated to be more than $20 million.

Tangible steps are being taken to make this happen. 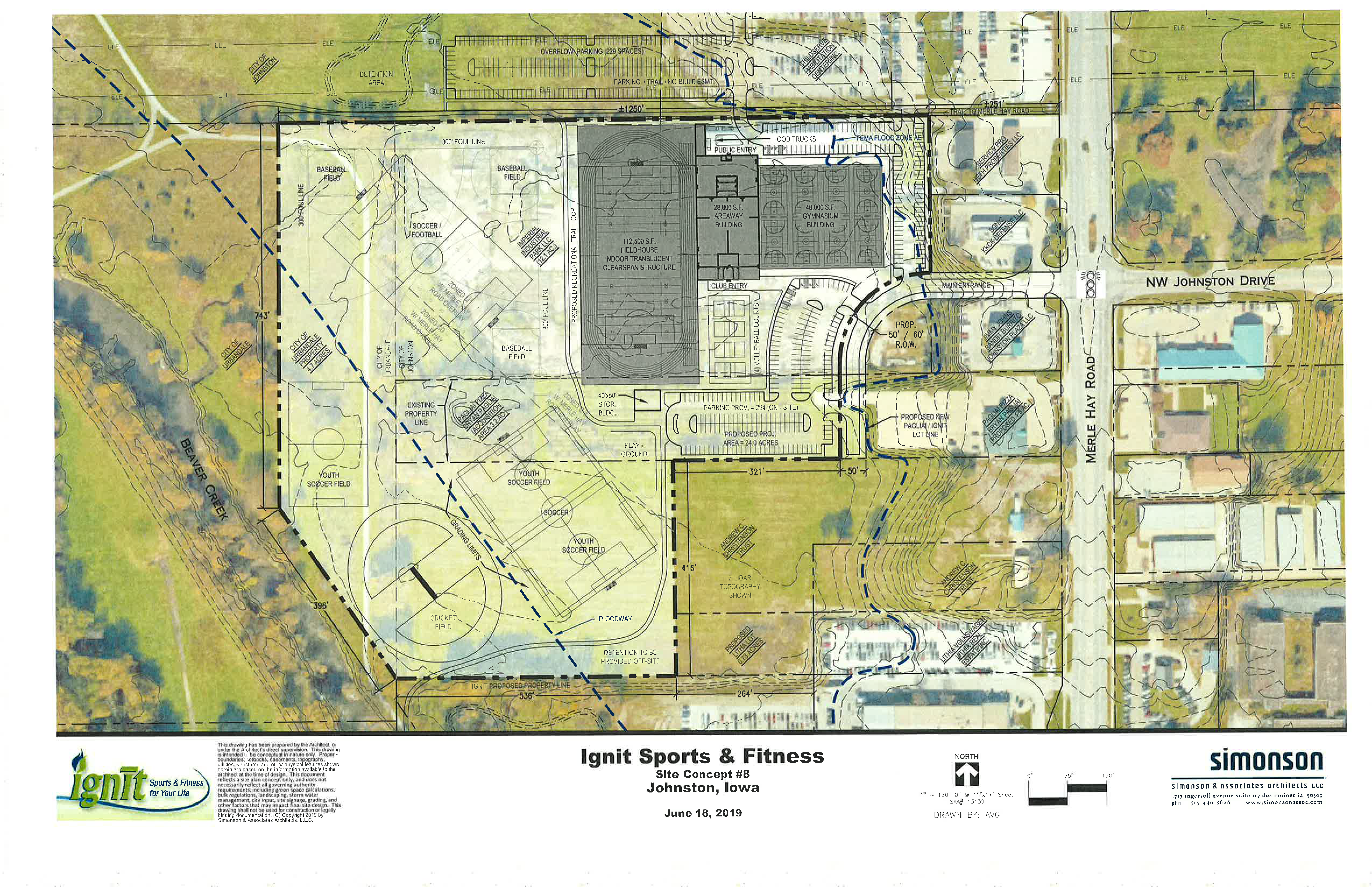 It is hoped that his project will energize redevelopment in the Gateway area. The project would also represent a public-private partnership to create a community amenity that might not otherwise be feasible if it were to be an entirely public initiative. One of the benefits of such a partnership is that it would reserve a portion of the facility utilization for Johnston residents during both peak and non-peak hours. The partnership may also involve Ignit staff support for some City recreational activities. The project is an example of the time and effort required to make a community development plan happen. The use of this area in Johnston as a site for parks and recreation was described in the MHR Gateway Master Plan – Final Report which was published on September 16, 2013.

“A new community park is planned as a primary component to the West District on the former industrial property and open fields below the upper tier commercial businesses. This new park facility is envisioned as not only a destination for the community of Johnston, but potentially the broader Des Moines metropolitan area boasting unique recreational opportunities, strongly tied to outdoor recreation and adventure sports.” – Page 30

To view a map of how the area was envisioned at that time, see page 33 of the report, which can be downloaded from the City of Johnston website.