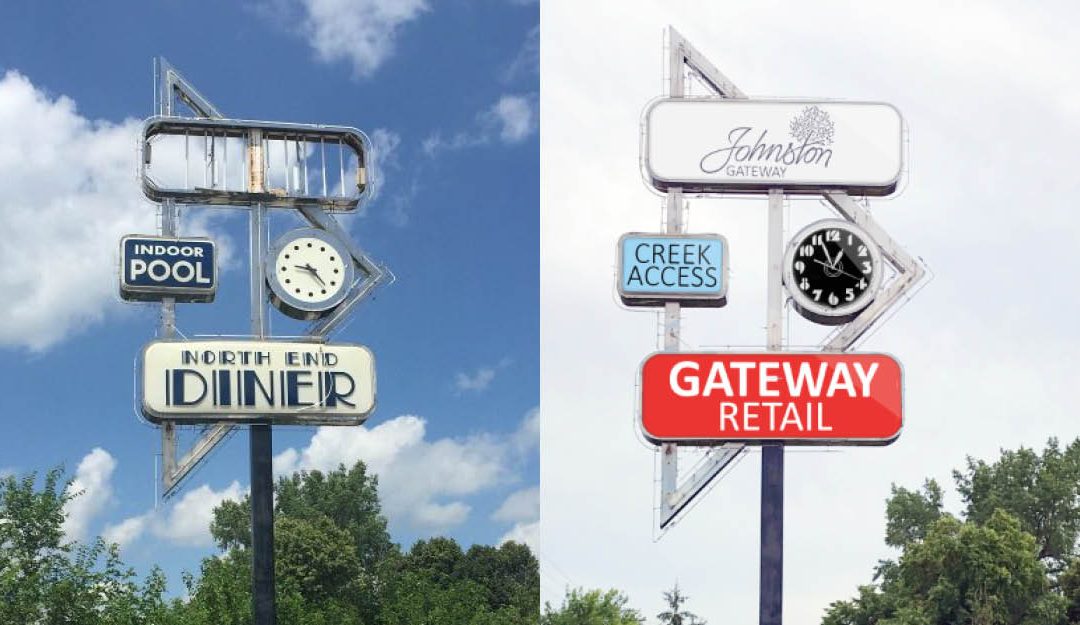 The Johnston City Council recently received information about a concept plan for addressing the condition of the old North End Diner sign located at in the Merle Hay Road Gateway area. While the hotel has been demolished and the site has been closed for several years, the one remnant of the hotel and restaurant is a weather-beaten sign that primarily reminds us why this is an urban renewal area.

The concept would be to dress up the sign and convert it into what would essentially be a promotion for development on the former hotel site. Recent discussions with the developer raised the possibility of renovating the sign and leaving it in place to advertise the Johnston Gateway along with the planned future access point to Beaver Creek.

The cost of a sign renovation has not yet been estimated, and no decisions have been made. But the Council gave consent to the development of a more detailed plan. This seems to be a reasonable way to mitigate an eyesore in the gateway area while also promoting development on the site.