On Friday, February 19th DuPont Pioneer announced that Johnston, Iowa would serve as location for a Global Business Center focused on agriculture research. The Iowa Economic Development Authority and the Johnston City Council took swift action to approve financial assistance awards in support of the project. 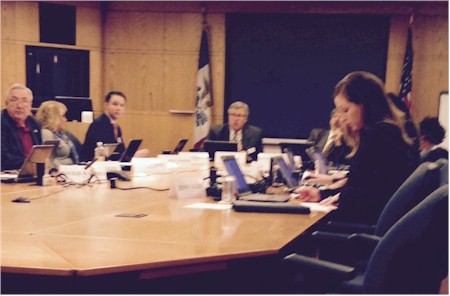 In a statement released in conjunction with the IEDA Board action, the Department describe the award and expectations for DOW DuPont. “Today’s board action on DuPont Pioneer’s Global Business Center in Johnston not only secures this excellent corporate citizen’s presence in our state, but also retains knowledge workers that support countless jobs downstream,” said IEDA director Debi Durham.  “This is about maintaining and fortifying Iowa’s pre-eminent position in the ag-biosciences space, and I am pleased that we are playing an integral role in Dow DuPont’s future success in our great state.”

‘DuPont Pioneer was approved for incentives for a Global Business Center project that is expected to result from the recently announced merger between Dow and DuPont. The newly created agriculture company will maintain a strong research, production and business operation that will retain 250 to 500 employees at a qualifying wage of $26.72 at its Johnston location. The company was awarded direct financial assistance of up to $2 million, as well as research activities tax credits, via HQJ [High Quality Jobs Program]. The project will have a capital investment of at least $500,000.’

The Johnston City Council held a special meeting and approved a resolution supporting the IEDA action. The Council then approved a local match in the approximate amount of $1,000,000 in property tax rebates over a five-year period.

The Polk County Board of Supervisors may also be considering action soon to provide financial assistance for the project.

1. There was a great team effort to encourage DOW DuPont to recognize the advantages of Iowa as the perfect location for a Global Business Center focused on agricultural research. This includes the efforts of the Governor, IEDA, the City of Johnston, Polk County and the Greater Des Moines Partnership to name a few. The importance of key assets in the region such as Iowa State, DMACC and other agribusiness leaders such as the Cultivation Corridor can’t be overlooked. And perhaps most important of all – the key corporate leadership at Pioneer who have made Pioneer the success that it is. All of those things contributed to what was – after all – a decision made by the new DOW DuPont.

2. Despite the early media reports that Iowa “lost” the corporate headquarters competition – make no mistake – this is a WIN for Johnston and Iowa. Think of it – the opportunity to grow the new GLOBAL Business Center for agriculture research right here in Johnston. To be sure the near term road may be bumpy, and it is important to have empathy for anyone affected by the company and job restructuring that is taking place. But the long-term prospects created by this merger seem to be very favorable.

For more detailed information about the approved resolutions review the attached documents below.