In a recent post we reported that our primary goal is to help business grow and succeed in our community and region. When this happens, everyone benefits from a more diverse tax base. Vital city services can’t be maintained without having an adequate but competitive tax rate. Generally, it can be said that it is good thing to have a consistent tax policy that is favorable when compared to our neighboring communities. One of our members recently commented that “taxes are taxes,” and that is very true. A good position from a development perspective remains as follows: Keep the rates and the tax basis (sales and property taxes) comparable among neighboring communities. Consistency and predictability at least will ensure that tax policy isn’t inhibiting opportunities for growth.

In recent years the City has focused efforts on developing greater diversification in commercial and retail developments by supporting developer projects such as Roughwood (NW 86th street and NW 54th Ave.), Birch 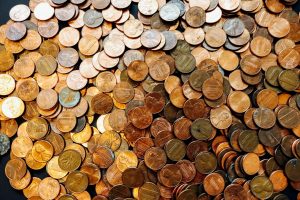 wood Crossing, the Johnston Town Center, and several western developments (NW 62nd Ave. and NW 70th Ave.). Enhanced incentives have also been created to encourage redevelopment at the eastern gateway on Merle Hay Road. A lot has been accomplished, but there is much more to do.

Extra effort in these areas has been needed, because economic studies have shown that Johnston experiences something known as “retail leakage.” This is the effect of Johnston residents taking their discretionary dollars to retail venues outside of Johnston; places such as Jordan Creek and the Outlets of Des Moines in Altoona. One measure of this phenomenon is the “pull factor.” If a community has a factor of less than 1, it suggests that the City’s retailers are not satisfying all of the retail needs of its own residents. A 2017 Retail Analysis Report published by Iowa State University indicates that Johnston’s pull factor is .51 – meaning that Johnston residents are doing a good deal of shopping outside of the City. This helps explain why Johnston residents, in a recent City survey, expressed a desire for more retail and restaurant options. (For more information about the ISU Retail Analysis Report, click here.)

The Johnston Economic Development Corporation does not endorse or oppose ballot issues. We do encourage our members and partners to be informed and to vote in their respective communities.