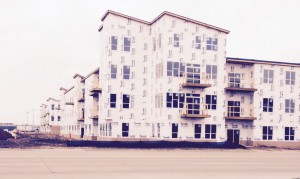 At their meeting on Monday, March 21, 2016 the Johnston City Council took action to approve Plat 2 for Cadence Apartments. The Hubbell team can now move forward with the next set of units to complete the project.

The project combined several existing lots to allow for the development of the 92 unit apartment complex. Work is also underway to construct an extension of NW 63rd Place between NW 59th Court and Merle Hay Road between Created in Johnston and the new apartment complex. The extension is scheduled to be completed in July, 2016.

Congratulations to the Hubbell team for the swift progress on this important project.