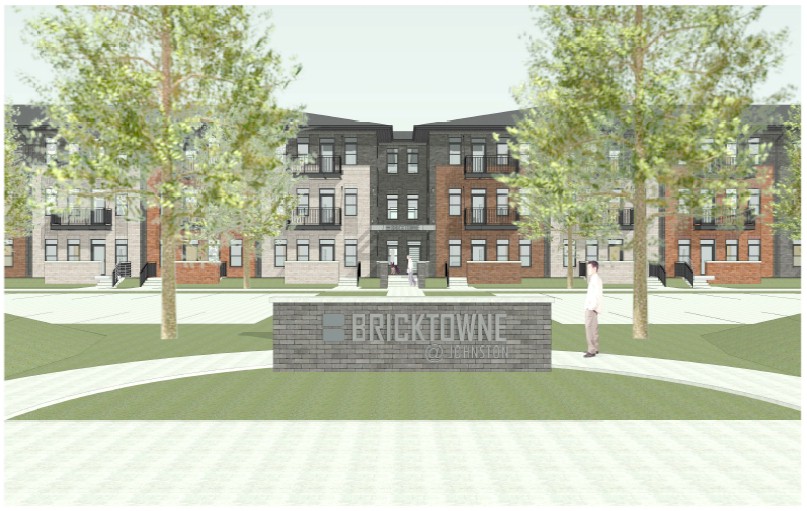 A proposed development agreement for the Bricktowne housing development is being considered by the City of Johnston. The Bricktowne development is a 21 acre site on Merle Hay Road directly south of Johnson Brothers. The proposed project would consist of 408 apartment units, the majority of which being one bedroom units. Amenities include detached garages, a clubhouse, outdoor pool, activities building, dog park, pet station, nature trail and large central courtyard. The buildings would be 100% brick with a slate roof. Three colors of brick will be utilized to give the appearance of a rowhouse style development.

The transfer of 15,805 sq. ft. of excess Right of Way. The Developer intends to use the property for a portion of their resident dog park and to complete a secondary access through their property.

A rebate of 70% of the Bricktowne property’s tax increment for five years conditioned upon several requirements including constructing a unique architectural facade, and meeting the construction timelines for each phase of the project – a minimum one building shall be completed each year for six years with the first complete by December 31st 2019.

A forgivable Loan in the amount of $30,000 to support the Developer’s acquisition and demolition of the two properties that were not part of the original land acquisition – 6411 and 6435 59th Court.

JEDCO has supported the use of these incentive to encourage a diversity of housing and to build population which will support further commercial development in the Merle Hay Road south corridor. 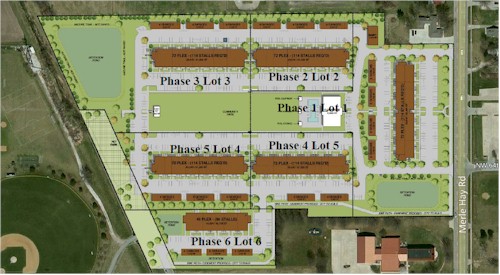